In February 2021 I ordered new decals for my motorcycle gang from Studio Miniatures in the UK.  (see previous post).  I took a look around their website to see if anything else caught my eye; I already have a lot of their Survivors range for post-apocalypse gaming.  The Rasta Gang drew my interest as they would fit in with some scenario ideas I have.

Similar to the motorcycle gang (and the other gangs in the range), the Rastas included one leader and six bodies (three each of two different poses) with separate heads and arms.  There is also another leader available separately.

One of the things I like about these sets is the variety of weapons available.  The only issue I had was that the set of the arms holding a baseball bat broke when I was trying to glue them on and I could never fit them back together properly.  I didn't want to use the chainsaw since I had already used it in the motorcycle gang so I ended up using a spare set of arms left over from that set.  That is why one of the rank and file has sleeves.

With only 8 miniatures I figured they would assemble and paint up quickly.  I pinned the arms before gluing them but the heads fit securely.  I put them together in mid-July and primed them, then they sat on my desk until September 10th, when I finally started painting them.  One week later on the 17th they were finished.  They were fun and easy to paint.  I used a simple color scheme with darker pants and brighter shirts including a lot of  red, yellow, and green, with gold jewelry.  I used GW contrast paints on most of the clothing.  I experimented with skin colors, eventually using four different tones (two mid-brown and two darker brown), each shaded with a wash of GW Agrax Earthshade.  Pictures were taken on an appropriately warm and sunny day.

I wanted to use some Rastafarian symbols and after a quick Google image search I had several ideas.  For the leader (King Marley in the Studio catalog) I painted an ankh on the back of his coat that I think turned out well. The bag is from a set of accessories I picked up somewhere. 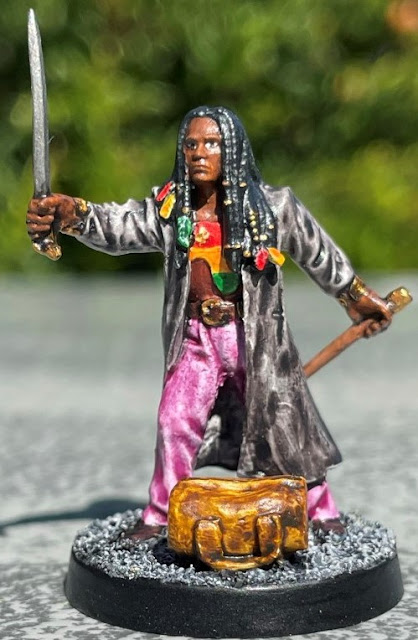 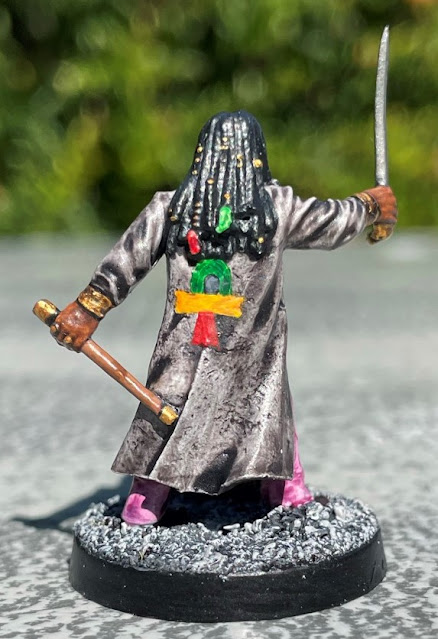 For the second in command, I checked my stock of decals to see if there was a star I could adapt into a Star of David.  I ended up finding a lion in a set of 15mm Arab muslim decals by Veni Vidi Vici that fit as a representation of the Lion of Judah. 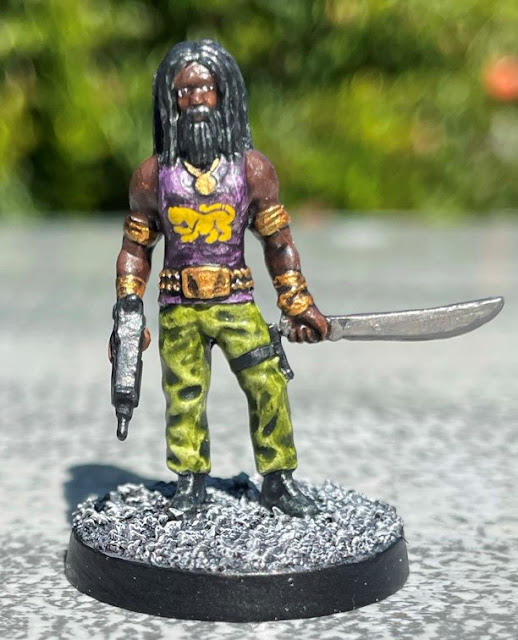 Part of the fun assembling these miniatures is matching the weapons and heads.  I think these two are my favorites. 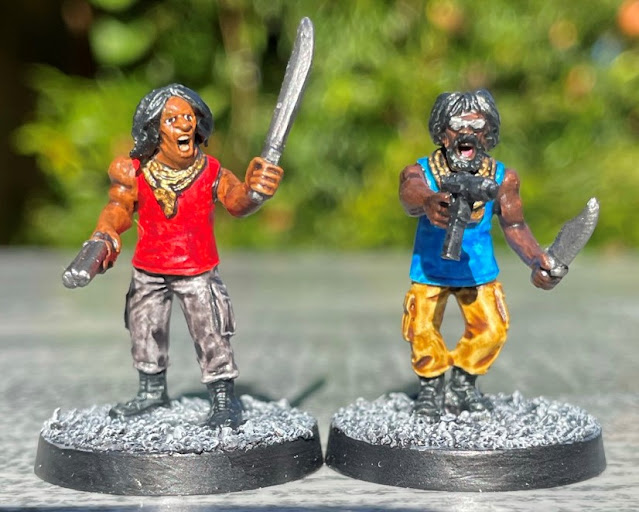 For the miniature on the right I used a set of leftover arms from the motorcycle gang set (also by Studio). 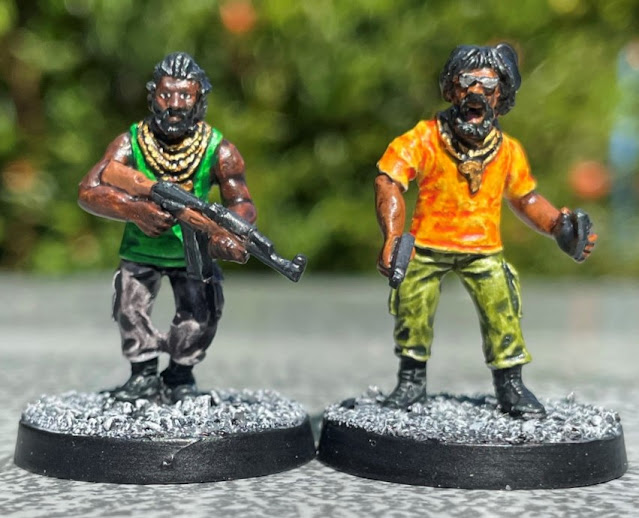 The one on the right started out with an open left hand, I added a gun from the old plastic Wargames Factory zombie survivor sprue. 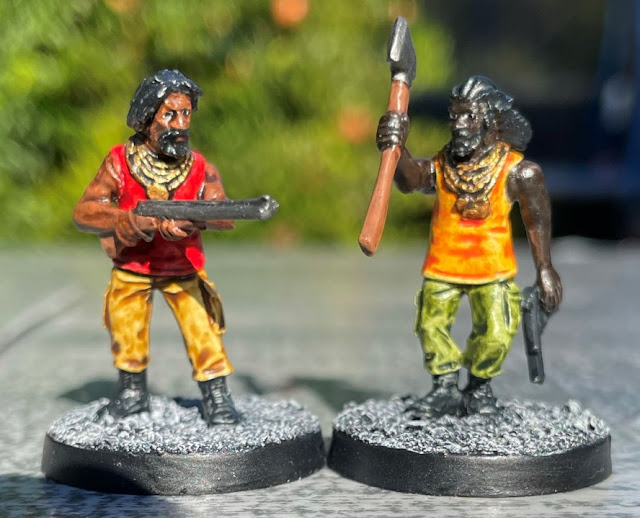 The whole gang ready for action.  Note that the leader miniatures are taller than the rest.  I guess that is why they are in charge.